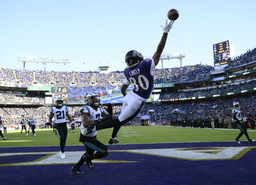 Likely was limited in practice Friday because of an ankle injury.

Jackson has played one game for Baltimore since the Ravens signed him to the practice squad in the middle of last month.